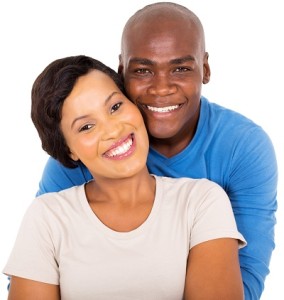 Your hormones function as a web or network. Each hormone relates to and amplifies the effect of other hormones. An example of this is the melatonin/thyroid connection. Italian researchers found that among perimenopausal and menopausal women melatonin at bedtime caused an increase in thyroid hormone as well as a general improvement of mood and a significant mitigation of depression. Optimal levels of all of your hormones are needed for you to achieve optimal health.

Hormone replacement therapy should be to provide an adequate supply of the deficient hormone in a form that is as close as possible to that which the body originally produced, therefore resulting in normal physiologic effects. Every person is unique. Therefore, it is a sensible approach for health-care professionals and patients to work together to customize hormone replacement therapy.

The precise components of each person’s therapy are determined after consultation and evaluation of laboratory testing. Lab studies are done on a blood sample to assess the baseline hormone levels. Bio-identical hormones can be compounded in the needed strength and dosage form and administered via the most appropriate route to meet each individual’s needs.

Compounding pharmacies make your prescription for you and you only. Made from plant extractions, they are an exact replica of your own hormones, thus bio-identical. The key to effective hormone replacement therapy, in summary, is individuality. Fixed doses do not allow for individualized, tailor-made treatment.

Major Hormones That Decrease with Aging

Estrogen protects against heart disease, stroke, osteoporosis, Alzheimer’s disease and memory disorders. It protects against vaginal atrophy, urinary incontinence, and prevents symptoms of menopause, including hot flashes and temperature disregulation. It improves balance by improving the visual somatosensory system in the central nervous system. Estrogen deficiency results in urogenital atrophy, incontinence, sagging skin in the breasts, increased skin wrinkles of the face, fatigue, depression, mood swings and decreased libido. It is of extreme importance that the estrogen prescribed be a natural estrogen and not a synthetic estrogen. The synthetic estrogens have been shown to be harmful. We only prescribe natural hormones and never use the cancer causing synthetic hormones (such as Premarin). For optimal protection, natural estrogen supplementation should be balanced by natural progesterone supplementation. Learn more+

Progesterone is primarily produced by the corpus luteum in the ovary just prior to and after ovulation. It is also produced in large quantities by the placenta during pregnancy and in small quantities by the adrenal glands. Progesterone reduces symptoms of premenstrual syndrome. It protects against uterine and breast cancers, osteoporosis, fibrocystic disease and ovarian cysts. It dramatically decreases menopausal symptoms. Most U.S. physicians prescribe synthetic progestins (Provera) which cause such side effects as bloating, headaches, fatigue and weight gain. The natural progesterone must be prescribed in place of the synthetic progestin to avoid the side effects and protect against cancer. We emphasize the use of natural hormones and not synthetic hormones, which have been proven time and time again to cause significant side effects. Learn more+

Testosterone in men is mainly produced by the testicles and in smaller quantities by the adrenal glands. In women, testosterone is produced in both the ovaries and the adrenal glands. Testosterone contributes to muscle mass, strength and endurance, decreased fat, increased exercise tolerance, enhancement of well-being and psychological status. Testosterone protects against cardiovascular disease, hypertension, body fat and arthritis. It leads to improved lean muscle mass, increased bone density, decrease in cholesterol, improved skin tone, improved healing capacity, and increased libido and sexual performance. It prolongs the quality of life by decreasing the diseases of aging, as does estrogen in the female. Testosterone is also present and extremely important in the female as well as the male, making supplementation absolutely recommended for men and women. Learn more+

DHEA is a hormone secreted by the adrenal glands. This hormone is a precursor to other sex hormones. In addition to having its own hormone effect, it results in a shift to an anabolic or protein building state. It reduces cardiovascular risk by increasing lipolysis or breakdown of fat. It also stimulates the immune system, restores sexual vitality, improves mood, decreases cholesterol and body fat. Recent studies point to DHEA as an anti-stress hormone, reversing the effects of stress on the immune system. Learn more+

Pregnenolone is produced in the adrenal glands. It is also produced in the brain, liver, ovaries, testicles, and the myelin sheath of nerves. Other hormones such as DHEA, cortisol, progesterone, testosterone, and estrogens are made from pregnenolone. Pregnenolone may enhance mood, energy, memory and brain and nerve tissue repair. This would be helpful for individuals dealing with autoimmune disorders, chronic fatigue, and depression. Learn more+

Thyroid hormone regulates temperature, metabolism and cerebral function. It contributes to energy levels, temperature regulation and body warmth. It increases fat breakdown, resulting in weight loss as well as lower cholesterol. It protects against cardiovascular disease and improves cerebral metabolism. It helps to prevent cognitive impairment. Thyroid hormone is probably the safest and most beneficial cholesterol lowering agent, yet it is infrequently used for this! Learn more+

Melatonin is secreted by the pineal gland. It is a circadian rhythm hormone – thereby affecting the patterns of sleep. Research has shown that the cells of the body rejuvenate and repair during the deeper stages of sleep. It is during the deeper stages of sleep that the body produces natural killer cells or CD4 cells. Melatonin increases the deep stage of sleep and stage IV sleep, thereby increasing and enhancing immunity. Improved sleep patterns serve to energize the body and improve mood. Melatonin has powerful antioxidant effects which accounts for disease prevention qualities. Melatonin has tremendous cancer prevention effects due to its enhancement of the immune system. Melatonin deficiency results in poor sleep, jet lag, irritability, hypersensitivity and premature aging. Learn more+

Hydrocortisone is produced by the adrenal glands. Hydrocortisone helps boost the immune system to assist in recovery from infections, illness, or stress. Hydrocortisone may be beneficial in treating autoimmune disorders such as Crohn’s, multiple sclerosis, lupus, fibromyalgia, and rheumatoid arthritis. Learn more+

Dr. Marcia Byrd and her team of experts care for patients throughout the United States and Canada. Locally, Dr. Byrd services the North Atlanta, GA area including Roswell GA, Alpharetta GA, Milton GA, Woodstock GA, Canton GA, Dunwoody GA, Sandy Springs, GA and more. If you would like more information about hormone replacement therapy call (770) 587-1711 and schedule a consultation. Be the best you can be and live a full life – there is no reason to wait!