Belly Fat – the unhealthy kind & how to lose it

You are here:
Liposuction Body Sculpting 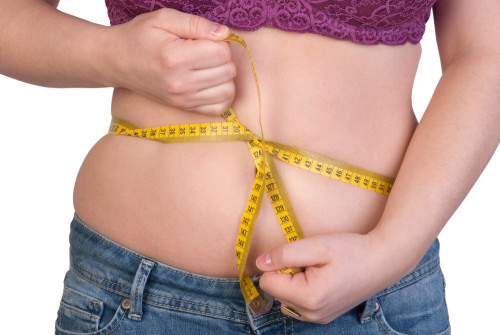 What Kind of Belly Fat Do You Have?

Dr. Marcia Byrd at Byrd Aesthetic Center in Roswell, GA has many patients coming to her for body sculpting consults every day. She often sees patients who have little subcutaneous fat, but instead have large amounts of visceral fat that causes their stomach to bulge. This type of unhealthy fat cannot be removed by tumescent liposuction, smart liposuction, or water assisted liposuction (WAL). This fat also does not respond to non-surgical methods of fat melting like Vanquish, Ultherapy , and VelaShape. Dr. Byrd offers these suggestions on the best way to get rid of dangerous visceral belly fat.

Best way to get rid of Belly Fat

Belly fat is pernicious. Most of it consists of visceral, or deep, fat, which is physiologically different from subcutaneous fat, the kind that settles just beneath your skin. Studies have shown that visceral fat produces unique biochemical signals that promote inflammation throughout the body, increasing the risk for many diseases. In a 2012 study by Mayo Clinic researchers, people whose body mass indexes were in the normal range but who had large waistlines were more likely to die prematurely than people who qualified as obese but had relatively narrow waists.

So if your stomach has increased in size but, it doesn’t all appear to be soft subcutaneous fat, you may have a dangerous visceral fat problem. Dr. Byrd can give you an accurate diagnosis. Some patients will qualify for liposuction but liposuction may not give you the total improvement you want. So, what’s the solution to getting rid of the visceral fat? This may not be what you want to hear, but then it is relatively easy to do. Get up off the sofa! Get into an exercise program. The good news about fighting visceral fat is that it seems to be uniquely vulnerable to exercise. Exercise disproportionately targets visceral fat. Cutting calories should also reduce visceral flab, but the effects are more substantial and lasting with exercise. In past studies at the University of Alabama at Birmingham, sedentary women who began a yearlong program of moderate exercise twice a week lost about 2 percent of their total body fat. But they lost about 10 percent of their visceral fat.

It is not clear, though, whether some types of exercise are better than others at whittling waistlines. While some studies suggest that endurance training, such as walking or jogging, is more effective than weight training, a comprehensive 2013 review concluded that programs combining aerobic exercise and occasional sessions of weight training were superior to either type of exercise alone at reducing belly fat.

If you don’t like doing belly crunches or sit-ups, you’ll be glad to hear that they do not help rid the body of visceral fat. Dr. Byrd suggests that you take a nice walk around the block instead!
Byrd aesthetics is located in Roswell, GA. Dr. Marcia Byrd heads up the cosmetic center that specializes in all types of body contouring including liposuction, tummy tucks, Brazilian Butt lift and breast augmentation. She also has the latest in non-surgical body shaping devices such as Vanquish, Ultherapy, and Exilis. Dr. Byrd also provides weight loss and anti-aging services. She attracts patients from all over the Atlanta area such as Alpharetta, Sandy Springs, Marietta, Cumming, Johns Creek, Milton, and Norcross. To have the best cosmetic surgeon help you obtain the body you deserve, schedule an appointment with Dr. Marcia Byrd. 770-587-1711

The Future of Liposuction is Written in Light
April 15, 2017