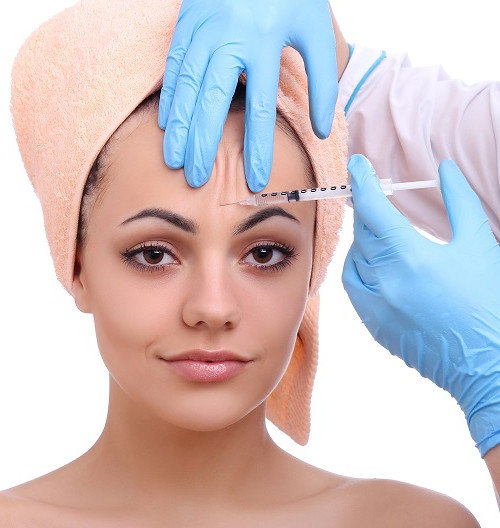 Dysport™ is a simple, effective, non-surgical treatment that works by relaxing facial muscles on the forehead, thereby reducing and smoothing away frown-lines and wrinkles.

The FDA has approved Dysport to treat forehead wrinkles and frown lines, making it only the second drug to be approved by the agency as a wrinkle treatment. Dysport is made from the same active ingredient as Botox – clostridium botulinim toxin type A. Botulinum toxins temporarily reduce the appearance of wrinkles by restricting the muscle actions that cause creasing and frown lines.

Deeply etched frown lines affect not just your appearance, but also your self-esteem and even your choice of career. Dysport can help you look younger, more relaxed and in control – for around the same price per month as a cut and color by your hairdresser. Many people with frown lines can benefit from Dysport – and it can work as well for men as it does for women. In fact many men are already experiencing the benefits of a younger, more relaxed looking appearance that Dysport can provide. Byrd Aesthetic & Anti-Aging Clinic offers Dysport injections for:

After Dysport has been injected, it may take up to 2 weeks for it to fully take affect. Dysport’s onset of action is in fact faster than Botox and for patients in a hurry to see results quickly, Dr. Byrd recommends using Dysport. The nerve regenerates new endings in about 3 to 4 months and the entire cycle starts again. This is why Dysport injections need to be repeated on average every 3 to 4 months for optimal results. Dysport leaves no significant residual effects beyond 4 months for most people.

By temporarily immobilizing the muscles you use to frown, Dysport can smooth out those lines, restoring a more youthful, less stressed expression to your face. Because you will be physically unable to frown after treatment, you may even lose the urge to frown. The lasting effect of treatment with Dysport can differ between individuals after which further courses of treatment may be necessary. Speak with your specialist about the results you can expect with Dysport. Many people find after several treatments that they don’t need another one for longer, because they have “unlearned” the habit of frowning or squinting that originally led to the development of these lines.

How Long Does Dysport Last?

Dysport injections must be repeated 3-4 times per year for best results. The goal is to keep the targeted muscles weak all the time. This is why we encourage our patients to schedule their visits in advance so there is no time period where their frown muscles are regaining bulk or strength. The goal is to have these muscles get weaker and weaker and therefore create fewer wrinkles.

There is little to no downtime with Dysport treatments. Use lots of facial expressions to work the Dysport into the muscles for the first day. Do not massage or rub the area as this can cause the toxin to spread beyond the treated area. Do not lie down for six to eight hours after the injections. Hold head upright for 4 hours. Do not exercise for 24 hours.

The most common side effects are temporary soreness or mild bruising around the injection site. Some people may experience a slight headache that lasts for several hours after treatment; it is safe to take a mild pain killer to relieve this. Rarely, an allergic reaction can cause a skin rash or “flu like” symptoms. If you have any serious side effects, contact Dr. Byrd at Byrd Aesthetic & Anti-Aging Center immediately. You should not have Dysport treatment while you are pregnant or breastfeeding, or at all if you have a neuromuscular disease.

We have worked hard to create a warm, inviting office environment, where you will feel comfortable and relaxed throughout your Dysport injectable experience. If you would like additional information about facial injectables at Byrd Aesthetic and Anti-Aging Center, please contact us at 866/671-5633 to schedule a consultation with Dr. Byrd.